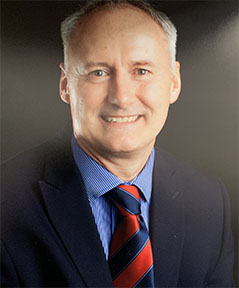 I will start by saying how pleased I have been to receive the many messages of support from members over the past couple of months since the club was able to re-open in mid May. Thank you.

It is good news that we have been able to recently re-start official club competitions, which have been very well supported. The administration of these with the current restrictions including no PSI machine does make things more time consuming - Gerry Brown and Stef Gayton have done an excellent job in checking entries, cards & posting the results. Coming soon, we have the Fours Cup on 25th July then the Mens' Club Championship weekend on 8th & 9th August.

My Captains Evenings' commenced on 8th July. The numbers playing have been absolutely superb - 36 in week one followed by 44 last time out, many of whom being new members to the club in 2020. Unfortunately the first competition was curtailed due to the return of fog, however all players were content that their entry fees went towards my charity. Week two saw brighter weather for a pairs betterball, the winners being Alex Ward & Tom Blackler with 32 points over the 12 holes...

I will be introducing different formats each time and hope that even more members will be able to come along on Wednesdays over the next few weeks to make the most of summer evening golf before autumn arrives.

To end, it is great to have the clubhouse back open and to able to have a beer & bite to eat after a game. My personal expenditure is on the increase !

The highlight of the month came in the form of the Men's Club Championships, played over the weekend of 8th & 9th August. Players were treated to hot, breezy weather and the course, as usual, was in superb condition.

After an underwhelming personal performance on Saturday the club captain was available to assist with scoring and administrative duties on the Sunday.

Sunday's play saw Lee West charge into contention with a gross 72, for a total 146. Good enough for 2nd place overall. Overnight leader Clarke was however to play sensibly in backing up his day 1 score. A 77 was good enough to claim the Royal Artillery Cup (144) and join some illustrious names as a two time winner. Oli (147) & Ryan (149) also backed up their day 1 rounds to claim 3rd & 4th overall. Mention also goes to Ricky Hart who produced an excellent 74 for a day 2 prize.

In general, members commented that the weekend was very well run - particular thanks go to Stef Gayton for his 2 very long shifts over the weekend as well as all the pre-event preparation.

Away from the championships, my weekly Captains evenings continued through August (when not rain / fog affected). Various formats were played, winners included Gregor McKinney, Jon Holwill, Alex Ward, and Martin & Tom Wallace in a blind pairs. My thanks go to all who attended, and Lee, Charlotte, James, Ellen for the post round food & drink. These will resume in May 2021.

The month saw a number of 'on the board' trophies played for, re-arranged after the COVID golf outage. The Gin Cup was the first of these on 6th September, with Kieran Burley-Brown and Alex Ward combining to triumph with an superb 48 points.

Next came the 3 Man Team Open, which was supported by a full field of members & many visitors. The home trio of Nick Jewell, Ray East & Mark Young took victory with an 11 under 83 pointer to claim the Jim Clarke Trophy.

in a busy schedule, Tony Williams hosted his President's Day the day after. For most of the day it looked as KBB would earn another win, however ultimately it was later starter Antony Biddle whose 41 points took the Shield.

My own Charity Day followed on Saturday 19th. I was absolutely delighted with the support and contributions of the members towards Meningitis Now. An amazing £2,500 + was donated - an amount which well exceeded my expectations. Off yellow tees & in decent conditions, the scores were extremely high - the winning pair (49, on count back) were Brian Rimes & Peter Rix.

Away from Staddon, the Plymouth Area League Team travelled to Trethorne on 4th September to contest a 'one off' event against their local rivals, Yelverton, Tavistock, Wrangaton, Elfordleigh, and Boringdon. Played in 5 pairs as a combined stableford format, SHGC fought off tough opposition, especially from Boringdon, who had plenty of course knowledge, to win by 3 points with 211 overall. Representing the club were Darren Clarke and Ricky Hart, Ross Bryant and Ryan Jewell, Lee West and Mark Reed, Alex Goodey & Phil Aston, Tom Blackler & Joe Knight (who combined for 48 points having not played the course before !).

This resulted in an overall final against Cornwall winners, St Mellion, at Launceston GC, on Saturday 26th. This was the team's 3rd final in consecutive years having narrowly lost to China Fleet in 2018 but won in 2019 against Whitsand Bay. Team captain Clarke selected the same side with the exception of Ricky Hart (away) who was replaced by Dan Hill in the 1st pairing. On a cold, windy afternoon Staddon claimed a magnificent victory by 4 1/2 matches to 1/2. Thus the trophy will remain in the cabinet for another 12 months (at least). Let us hope that 2021 allows a return to the usual match schedules, for all our teams.